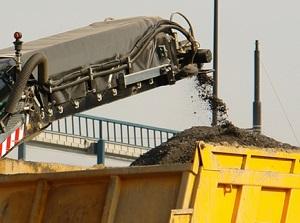 Market statistics indicate that the number of firms and organizations adopting on-board truck scales is on the rise. This is particularly the case in industries that rely on truck scales to monitor the amount of cargo or load that is being carried.

Unlike other truck scales, on-board truck scales are integrated as part of the truck. The scale features sensors that display the weight of the load the truck is carrying. Some of the leading users of on-board scale systems comprise of the following: 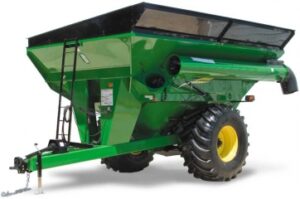 The agricultural sector is one of the leading users of the scale. It will be fixed on tractors and trucks that are used to ferry produce from the farm to the store, silo, warehouse, or granary. Traditionally, the produce was weighed at the field and then weighed again at the storage point. However, an on-board scale will weigh the produce as it enters the truck. It is suitable for any kind of farmer whether grain, livestock, vegetable, or any other.

People involved in construction are always moving the construction material from one point to another. They are also required to have an accurate weight to ensure the right mix is achieved. Also, since construction material is usually heavy, it is necessary to make certain the truck is not overloaded. The on-board truck scales come handy in minimizing wear and tear and also the time needed to weigh the products. The scales are suitable for weighing ballast, aggregate, sand, and more.

The on-board scales are also used in the mining industry. They are fitted on the trucks that carry the mined material from the mine to the processing plant. A driver only needs to keep an eye on the display to know how much weight has been placed on the truck. Upon reaching the processing plant, the recipient simply looks at the scale to confirm the load. The mining scales are quite accurate and have a load cell accuracy of about 0.5%.

Waste management has become quite diverse. There are so many processes that are involved in the activity. These include recycling, proper dumping, and more. All the stages require the product to be weighed. Naturally, this means moving the waste to a fixed scale and then back on the truck. Fortunately, with an on-board truck scale, the weight can be taken without unloading and loading the load.

The on-board truck scales have greatly benefited the chemical industry. Due to the sensitivity and corrosive nature of some products, chemical companies try to minimize the time used in handling a product. They can achieve this through the use of on-board scales. Once the product has weighed at the source, it goes straight to the desired location. Other sectors that use the scale include petroleum, warehousing, food & beverage, scrap metal, laboratory, and recycling among others.

The on-board scale for trucks has made weighing cargo much easier. There is no need to weight the load at the source and then later at the final destination. It also saves time since loading and weighing take place at the same time. The truck scale has reduced the chances of overloading a vehicle. The sensors can be programmed to beep or alert a user when a certain limit is reached and exceeded. The on-board truck scales have also brought down the cost of operations as well as purchasing scales.